COVID-19: We're listening to our community. Read what 450+ nonprofits say their biggest needs are, and how we are responding. 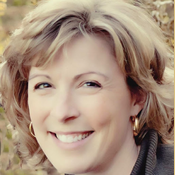 What did Lisa need?

The success of our small nonprofit organization depends on reliable data. We all use Excel at some level, but know we’re just skimming the surface with respect to its capabilities. We are a lean staff and would like to strengthen our Excel knowledge to improve efficiency and accuracy around data management and analysis by taking full advantage of all Excel has to offer.

Working with Greener Partners, and Lisa particularly, was a great experience! Lisa did a great job communicating what was needed from me, and was very helpful with organizing logistics. It is a great organization that does excellent work, and I was very happy I could help out!

Have professionals like Sanjay help you on a Excel Training project 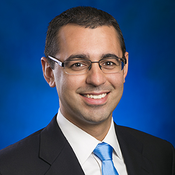 I currently live in New York City. I worked for more than nine years as a financial advisor, primarily advising distressed companies and municipalities on over $20 billion of restructuring, financing and M&A transactions. I was also given several leadership roles at the company, including headi...
Read More

What did Sanjay have to offer?

In addition to having several friends from the greater Philadelphia area, my brother was recently a medical student in the city. During his rotations, he would talk to me about the lack of nutrition knowledge and unavailability of nutritious foods in many of the areas where his patients lived. He mentioned that some didn't have a single place that sold fresh produce within a reasonable shopping radius. While I had heard about these issues generally, it was amazing to learn the breadth of the problem. I'd be honored to do a small part in helping your organization! I spent nine years in a job that required extensive use of Excel to create financial analyses. I created and oversaw hundreds of these analyses during my time at the company. The company entrusted me with running its internal Excel financial model for about four years, which I updated regularly and utilized to produce reports for our parent company and our board of directors. Additionally, I spent five years running training sessions for our firm's new hires, including modules on Excel modeling and valuation.

Working with Sanjay for our Excel training was fantastic. The time and energy he put into our project was above and beyond. He took time to learn and understand our organization and needs and presented the training in a way that was accessible and useful to all staff members. He even created foll...
Read More

This engagement is sponsored by

Want to help an organization?